Why range anxiety is a myth 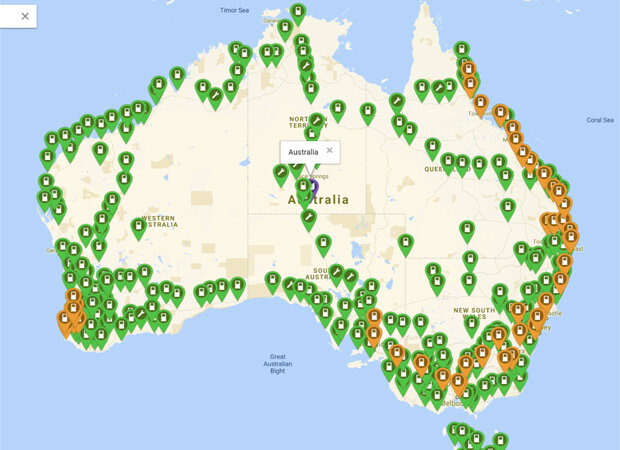 In recent years, electric vehicles have become synonymous with the term “range anxiety” – used to express a fear of not being able to reach your destination before running out of power.

However, almost as soon as this phrase became commonplace, it had already become a myth – if it ever was true in the first place. Afterall, we’ve all experienced the nervousness of the red fuel light coming on while stuck in crawling motorway traffic miles from a petrol station.

Today’s article looks at the fear mongering that has turned many people away from EV adoption, and why converting to an EV has never been easier.

Did you know that the 95% of car journeys in Australia are under 48km?

Australia isn’t alone in using personal transport for short distances; according to the US Department of Energy, 60% of all vehicle trips are less than 9km and the average individual car journey is just 15.1km, rising to 19.4km for rural areas. In the UK the RAC reports that 76% of all trips are between 3-5km. With the average UK car travelling 11,481km per year in 2017, that means that 8,724km are driven over incredibly short distances.

And so, it quickly becomes apparent that our fear of whether long journeys are possible in EVs is unfounded. The vast majority of the time our cars are travelling short, stop-start journeys. All while emitting harmful emissions.

Of course, one of the supporting factors in “range anxiety” was the availability of EV charging points, and again this situation has changed rapidly.

There are now over 400 fast and ultra fast chargers connecting Australian cities. There are thousands of slower charging points throughout the nation and this number continues to grow. More importantly, EV’s can be charged at virtually any powerpoint that is capable of carrying a 10amp load. Plugging in at home overnight to wake up to a full battery is by far, the most common way people charge their vehicles.

To see the sheer availability of charge points near you, check out plugshare

Northern Europe offers a fantastic case study for the future of EV charging, where three in four new cars sold are EVs. At present, there are about five EVs on the road for every public charging point, but by 2020 the European Commission expects the region to boast 220,000 chargers at a ratio of 10:1. These sites will offer up to 400km of driving range in only 15 minutes, with one recharging point every 34km on average according to a study by Transport & Environment.

Furthermore, with the sheer number of car manufacturers investing in new EV models over the coming years, we can expect to see a dramatic rise in the number of charge points elsewhere.

VW alone has committed to installing 2,800 new electric charging stations in the USA alone, while the Ionity partnership (of which VW is a participant alongside other manufacturers) has announced it will open 400 charging sites in Europe, with an average of six charge points per site by 2020.

The EV is no longer restrained to city driving.

While the number of EV charging stations doesn’t compare with the number of petrol stations the increased proliferation of electric cars will see the landscape change extremely quickly.

In the meantime, the median range of an electric car has increased by 56% in the past six years alone, so EVs are already able to drive longer distances between charges. This, coupled with their greater energy efficiency compared to internal combustion engine vehicles means that they will soon offer comparative ranges to ICEs.

The launch of the VW ID3 is a great example of the evolution of EVs. Launching in 2020 the based model of the Golf-sized car will offer 330 km of range on a single charge and will cost less than $50,000. To put this into context, Tesla Model S – which became a symbol of early EV success – currently offers 385km of range for an outlay of $100,000.

On which note, it is important to remember that EVs convert around 59-62% of the electrical energy they receive into kinetic motion that powers the wheels, which compares very favourably to internal combustion engine (ICE) vehicles, which convert just 17-21% of their fuel into power. As such, when your vehicle does come close to needing an urgent top-up, you should be able to do more with less, reducing that anxiety in the most stressful of driving moments.

Alongside cheaper running costs and faster charging, EVs are expected to achieve a 50% market share by 2030 – displacing 8 million barrels of fuel every day and dramatically reducing air pollution.

Of course, electric cars can’t alone can’t prevent climate change, but alongside better urban planning and public transport, as well as initiatives like flexible working, we can significantly reduce the number short journeys travelled in personal vehicles and help to minimise harmful emissions.

The future aside, EV range anxiety is already a myth and is no valid reason not to purchase an EV.

Best tools to manage your range

Roadtripping from Canberra to Tasmania in a 62kwh Nissan Leaf

Kicking off 2023 with our biggest number of available electric cars